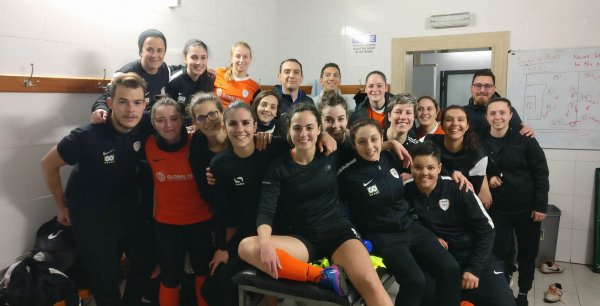 After putting behind them the disappointment of missing out on a place in the first division, Swieqi's Women's team clicked into gear to emerge with an entertaining 0-5 win over Mosta.

Swieqi went out hungry for an early goal, quickly taking the lead through Rebecca Naudi after just three minutes. The Owls dominated proceedings in the first half, with Krista Montfort and Amy Galea Gingell both going agonisingly close on different occasions. Simone Buttigieg then scored Swieqi's second goal when she rounded the Mosta goalkeeper past the half hour mark. Naudi, Aleksandra Geogieva and Montfort all had further chances towards the end of the first half, however the Mosta custodian, who recently won the December player of the month award, was on red alert.

Mosta refused to throw in the towel in the second half and had some chances of their own. Ultimately though Swieqi's superiority shone through, and a good combination between Montfort and Galea Gingell saw the latter score Swieqi's third goal of the night. Montfort and Naudi added the team's fourth and fifth goal respectively to give Swieqi's ladies a fine win.