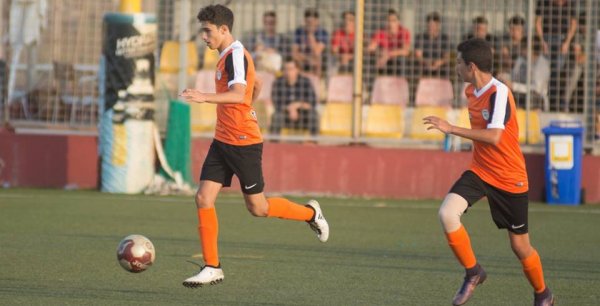 Following an entertaining but ultimately disappointing 5-4 defeat against Kirkop in the first round of games, this time around, Swieqi United found no difficulty in dispatching of the same opponent, thrashing them 4-0 to consolidate their third place in the standings.

The Owls started the game on the front on the front foot and had the early chances, but, despite some good opportunities, initially failed to open the score. Midway throughout the first half, the Kirkop goalkeeper cleared his lines badly, with the ball falling at Daniele Ferlaino’s feet, with the same Ferlaino neatly chipping the goalkeeper to give Swieqi the lead. Minutes later, Ferlaino doubled the score for Swieqi with a cool finish. As a result, the Orange went into the break 2-0 up.

Five minutes into the second half, Swieqi were awarded a penalty, which David Cardona dispatched to further increase the team's lead. Sasha Peric then scored Swieqi’s fourth goal of the game, following good building up play from Daniele Ferlaino. Fifteen minutes in the second half, Kirkop were reduced to ten men as Ferlaino was brought down in the box, but Isaac Camilleri missed the penalty and the chance to further increase the Owls' lead. Despite being a man up, Swieqi failed to score more goals, with the match ending with a commanding 4-0 winfor Swieqi.

The team next faces Qormi, who sit in second place, on 27 January at Mgarr Ground.