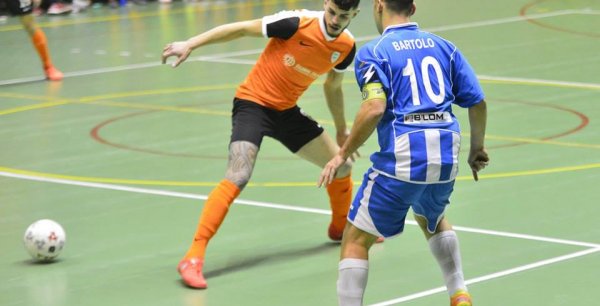 Swieqi's Seniors Futsal team started off the New Year in style when they disposed of Pieta Hotspurs Nordiska 5-1 last night to advance to the semi-finals in the knockout competition.

Coach Boicho Marev put out an experienced team, while also calling up Aidan Micallef and Aaron Montebello from the club's U-21 team, giving them their competitive debuts with the Senior team.

Swieqi started the first half brightly, and quickly found themselves 2-0 up in the opening six minutes thanks to goals from Chris Cardona and captain Shota Chanukvadze. Midway into the first half, Christian Wismayer and Andre Ciancio also scored, with both goals coming from great team work.

Pieta were awarded a free kick from the second penalty mark in the closing seconds of the first half, which was converted to reduce the scoreline to 4-1.

Swieqi had the in-form Jacob Cipriott to thank in the second half, as he pulled off a number of remarkable saves from Pieta's attacks. Zurab Lukava then ensured that Swieqi progressed to the next round went he scored a brilliant individual goal to make the final score 5-1 in favour of the Orange.

Swieqi will now either face Hamrun Tre Angeli, Luxol or University of Malta in the semi-finals, with the game scheduled to take place on 13th April.