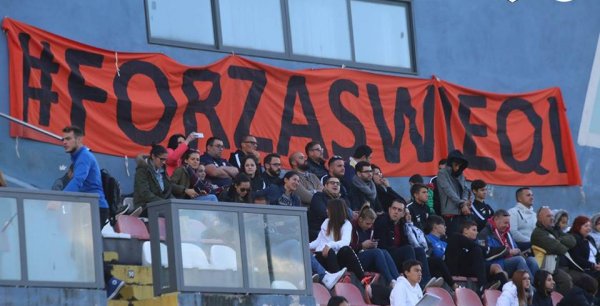 Swieqi United took on Msida Red Stars, with the players looking to get back into gear following the Christmas break and the festive season.

The first half was a drab affair, with no real chances being registered on goal and most of the play taking place in the middle of the park. Msida briefly threatened on a couple of occasions, but such threats were quickly nullified by the Swieqi defence, marshalled by the returning Shaun Bugeja.

Coach Rodney Bugeja made two changes at the break, bringing on Luke Taliana and Sam Walker, and instantly, the Orange looked more enterprising in the final third. With five minutes to go, the Owls finally made the breakthrough: a Thomas Camilleri cross from the right flank ended up causing confusion in the opposition box, and eventually, Walker managed to hit the ball low and hard into the bottom right corner of the net.

However, unfortunately, Msida scored the equalising goal with three minutes to go, with a good shot from outside the box beating goalkeeper Fabian Aquilina; this despite a foul against a Swieqi player in the build up which was not given by the referee. The match therefore ended 1-1, doing neither team any particular favours vis-a-vis their positions in the league.