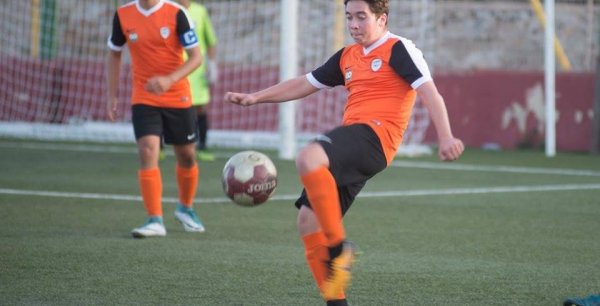 In a difficult fixture, Swieqi United got the better of sectional rivals Zejtun, with the match being the team's last league fixture for 2017.

The first half proved to be quite a balanced encounter, with both teams having chances at goal but no one managing to capitalise accordingly. The first half therefore ended 0-0.

The second half was a completely different game. Early on, Daniele Ferlaino was fouled in the centre of the pitch. Despite the referee whistling for a foul and all Swieqi players going up for the resultant free kick, the referee actually gave the foul against Swieqi, from which action, Zejtun took an unmerited and lucky lead.

However, the Young Owls proved to be mentally strong and got the draw minutes later through Ferlaino. Ten minutes later, a corner for the Orange landed at the feet of David Cardona, who fainted past the opposition defender and curled in a left footed shot in the top corner of the post. A few minutes later, Nick Borg scored the team's third, wrapping up the three points for the Young Owls.

The team will play their next game on Sunday 7 January at 10:15am vs Birzebbugia at Mosta Ground.