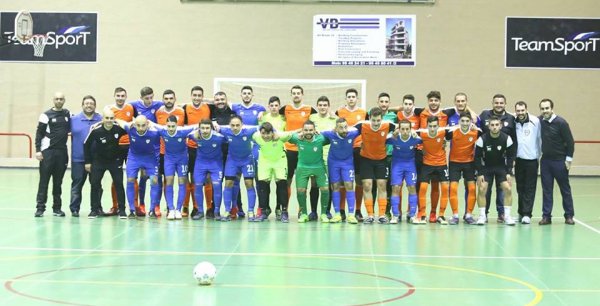 Our Futsal Seniors team and Futsal U21 team faced each other in their last respective league match on Monday night at Corradino prior to the league splitting up. Although the Seniors squad took an early lead through an unfortunate own goal and controlled proceedings for the first 10 minutes, the U21s started to settle into the match and grew in confidence as the clocked ticked down. Some super team play saw Darryl Schembri level matters with four minutes to go in the first half, with both teams having chances to take the lead immediately after.

The last two minutes saw the Seniors team build a two goal lead thanks to Dylan Micallef and another unfortunate own goal, but the youngsters did manage to pull a goal back thanks to Aidan Micallef. The teams therefore went into the break with the Seniors narrowly leading 3-2.

Ryan Xuereb scored two quick succession goals early in the second half to put the Seniors in a commanding 5-2 lead, but this did not dampen the U21s spirits. Matthew Micallef Thompson scored a spectacular goal to reduce the deficit to 5-3. Aaron Montebello also scored a brilliant individual goal to make it a nail biting final score of 5-4, with both teams giving it their all in the final minutes.