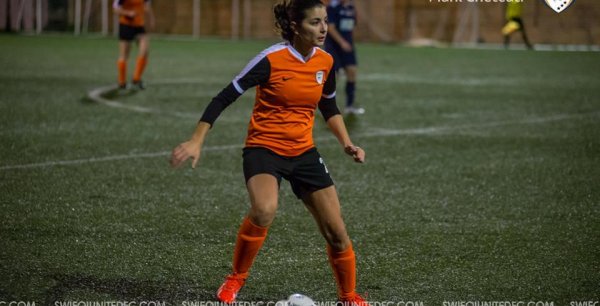 Swieqi Women took on league leaders Birkirkara in their fifth game of the season in thundery and very wet conditions. The Orange put on a strong performance and the game was balanced at times but eventually Birkirkara, as expected, made their higher possession count to run out 5-0 winners against the Owls.

From the first kick of the ball, Swieqi were eager to make this game a contest, despite the two teams’ differing fortunes in the league, and indeed pressed the Stripes well. Their composure meant that the teams were goalless up to the 42nd minute, with Rosemarie Baldacchino also keeping the opposition at bay to that point with some good saves. However, Birkirkara then broke the deadlock right before the half time whistle to dampen the girls’ spirits.

In the second half, although the Owls were focused, Birkirkara dominated most of the play. The women in Orange kept their composure well for most of the half, but fatigue kicked in towards the last ten minutes of the game, with Birkirkara managing to find open spaces and scoring four more goals. The game therefore ended 5-0 to the Stripes.

The girls will next face Mosta on Tuesday 5th December at 8.15pm at Zebbug Ground.