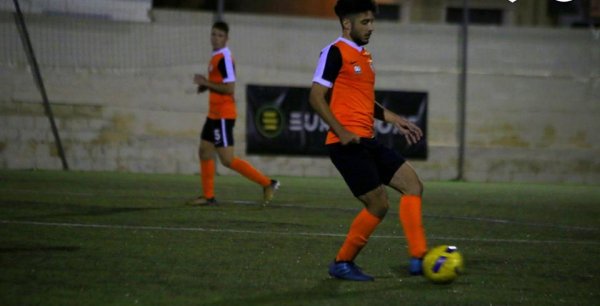 Swieqi United faced Valletta Rovers on Sunday morning in a match valid for the 4th round of the IASC second division. Swieqi fielded their usual 3-5-2 formation with Valletta countering with a conventional 4-4-2.

Both sides managed to cancel each other out well in the first half, with no clear-cut chances from either team. Swieqi United opted to introduce the returning Jake Scerri in the second half, and this move immediately paid dividends as the young striker managed to put the Orange in the lead after a good solo move.

Swieqi were playing a more attacking game, and went tantalisingly close to securing the three points with a Dylan Gouder shot which was saved by Bruce Debattista. However, the Rovers had other ideas, and deep into the second half, goalkeeper Fabian Aquilina was beaten by a long-range freekick. The match ended in a 1-1 stalemate, a scoreline which ultimately reflected the balanced affair.