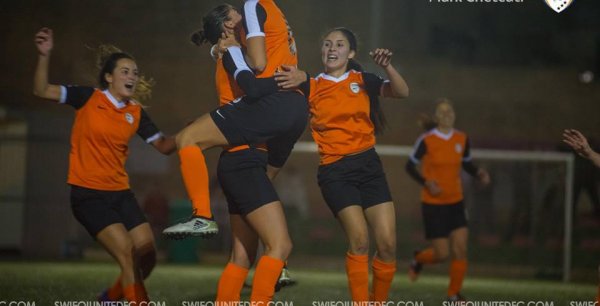 Following a two-week period without any games, Swieqi recommenced their league commitments on Tuesday, taking on Mgarr in their fourth game of the season. The girls dominated the majority of the game, yet were unlucky to not walk away with all three points after putting on a strong performance.

From the first kick of the ball Swieqi wasted no time in settling down, determined to grab their first points of the season. Their strong pressing and patient build up play was rewarded in the early minutes of the first half, as Yolande Attard struck a thunderbolt shot across the keeper from outside the penalty box and into the back of the net. It was the Owls' first goal of the season.

The game was a balanced encounter, as Swieqi showed they can keep up with the stronger teams in woman’s football, with both teams sharing the ball equally. Having never beaten Mgarr before, the girls looked set to go into the break with a deserved lead, but just before half time, Mgarr grabbed a lucky equaliser.

The girls didn’t let this dampen their spirits, and they kicked off the second half in the same way as they had begun the first, with a belief that they could win the game. The girls could have been awarded a penalty when Simone Buttigieg was brought down in the box early on, but the referee waved the play on. In the 60th minute, the girls were awarded a free kick right outside the penalty box. As Kate Galea stepped up to take it, Becky Naudi found herself at the end of the rebound and headed the ball over the keeper to give Swieqi the lead once more.

With a goal in hand, the girls put their efforts into holding their opposition at bay and seeing out the game. Unfortunately, the girls were unable to hold onto their lead, when Mgarr were awarded a controversial penalty which they converted in the dying moments of the game.

The girls will next face Birkirkara on Tuesday 14th November at 8.15pm at Mgarr Ground.