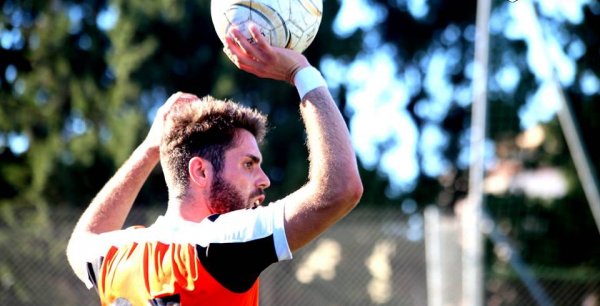 Swieqi United faced Birzebbugia St. Peter’s in a top of the table clash from the Second Division. With both clubs on 11 points, it was expected that both teams would cancel each other out in a tight affair.

Birzebbugia were the quicker team off the mark and provided the first highlight of the match when after a few seconds, Ronnie Celeste fired high and wide from an ideal position inside the Swieqi United box. This rattled the Orange and when Swieqi finally settled down, Sadat Suraka and Sean Gatt Baldacchino started to wreak havoc in the Birzebbugia defence. It was one such move, in fact, concerning both Swieqi United wingers, which finally led to the Orange grabbing the lead. Off a Birzebbugia back-pass, Suraka, Gatt Baldacchino and Roderick Taliana orchestrated a perfect press which caused the Birzebbugia keeper to miskick the ball. Gatt Baldacchino latched onto the loose ball in the Birzebbugia box and was brought down by the Birzebbugia defence, with the referee pointing to the spot. Captain Taliana stepped up to take the kick, and grabbed a well-deserved lead for the Orange after beating the Birzebbugia goalkeeper with a cool low shot to his right. The lead spurred the Owls onwards throughout the first half; the rest of the half was a scrappy affair with both teams managing to create some dangerous efforts through set-pieces. Cutajar, Vella and Scicluna in particular proved to be worthy opponents to their Birzebbugia counterparts in midfield.

The Orange went into the second half boosted by their one goal advantage. Swieqi deservedly doubled their margin early in the half when Sadat Suraka connected with a high ball deep inside the Birzebbugia box and beat the onrushing goalkeeper with a deft left foot flick. This galvanized the Swieqi players who, from there onwards, managed to control proceedings comfortably. Substitutes Schembri, Zammit and Bugeja, who went on for Cutajar, Sadat Suraka and Gatt Baldacchino, provided the necessary verve and energy to keep the Southern Seasiders at bay. It was the ever-improving Luke Scicluna who went tantalisingly close to scoring a third, with a long-range effort that came off the crossbar, before being cleared away by the Birzebbugia defence. The score therefore ended 2-0 to the Orange.

At the final whistle, the Orange celebrated a well-deserved win which fired them to the top of the Second Division standings - a win dedicated to defensive stalwart Shaun Bugeja, who suffered a terrible injury during training this week.