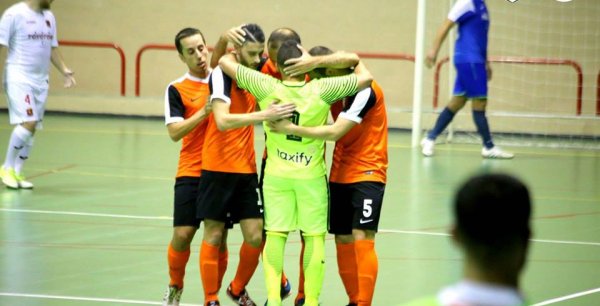 In a tale of two halves, Valletta ensured that they made it five wins from five and thus retain sole leadership of the current standings when they faced a stern test against Swieqi United.

The Owls were coming from a fine win against Hamrun Tre Angeli from their previous match, whilst Valletta fought tooth and nail to see off the challenge of the University team before heading into this game.

Although it was Valletta who had the first chance of the match, Swieqi controlled proceedings in the first half, showcasing their talent and team spirit. Swieqi's captain Shota Chanukadze put Swieqi in the lead in the second minute, with Valletta equalising mid-way through the first half through Mohammed Abdussalam Elamari. Erick Vincius Crispim soon put Swieqi back into a deserved lead, and Swieqi were unlucky not to build on their slender 2-1 lead with numerous chances. Valletta tried to put pressure in the last minute, however Swieqi's troops held on and headed into the half time break 2-1.

Valletta came out all guns blazing in the second half and quickly surged into a 2-4 lead thanks to two goals from their influential Georgian player Murtaz Kakabadze and Shawn Vella. Unhindered by this setback, Swieqi stuck their necks out to get back into the game, and deservedly levelled matters 4-4 through two further goals from Crispim and Chanukadze respectively. Seconds after equalising, the Orange were unlucky to see a chance rebound off the post, denying them the chance to take the lead once again.

Some debatable referee decisions led to both teams being reduced to four players, thus slowly down the game's proceedings. Four minutes from the end of the game, Valletta surged into a lead 5-4 from an indirect free kick, and a minute later Xavier Saliba gave Valletta the 6-4 victory.

Swieqi next take on Qormi on Thursday 2nd November at 8pm at Corradino Pavilion.