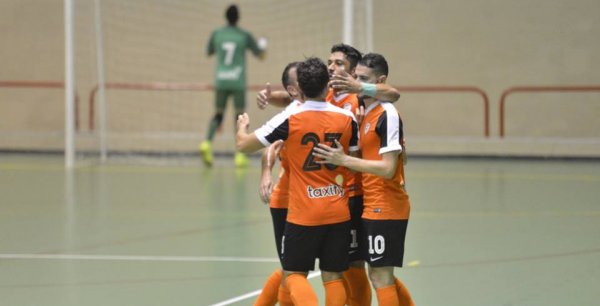 Swieqi United continued their positive start to the new Futsal season with a merited, spirited but ultimately challenging 6-3 win against Tarxien, a win which catapults the Owls up the standings.

The game was no more than ten seconds old when Chris Cardona capitalised on a Tarxien defensive error to open the scoring. Two minutes later, Shota Chanukvadze managed to get down the right flank and square the ball for Dexter O'Brien, who made no mistake from close range, to double the score for Swieqi.

Despite sustaining numerous Swieqi attacks, Tarxien looked to punish the Orange on the counter, and they managed to finally hit the back of the net after six minutes. However, shortly after, Cardona and O'Brien combined to increase Swieqi's advantage once more. Two minutes before the end of the first half, Erick Crispim scored with a beautiful shot into the top right hand corner. The first half therefore finished 4-1 in Swieqi's favour.

The second half was a more balanced affair, with Tarxien having some good opportunities to reduce the score, only to find goalkeeper Jacob Cipriott in fine form. Swieqi further increased their advantage eight minutes in, when Chanukvadze intercepted a shot that rebounded off the keeper and passed the ball to Andre Ciancio, who had the easiest of tap ins. However, while Tarxien pulled a goal back following a defensive error, the Owls sealed the deal after Cardona intercepted the ball and finished when one on one with the opposing keeper. In the dying embers of the match, Tarxien managed to score a late consolation goal to make the scoreline more respectable in their favour.

Swieqi's next match is a crunch fixture against Hamrun next Monday.