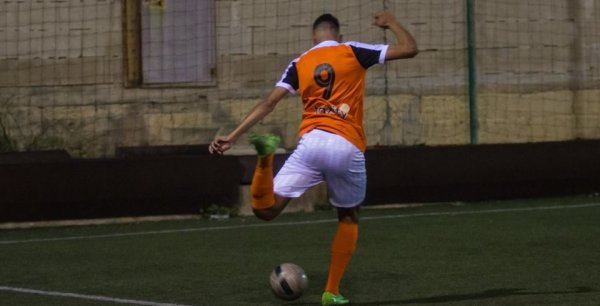 Swieqi United's Minors Squad had to dig deep to earn a crucial 3 points against Mgarr United. In a game where the Greens literally parked the bus, it was going to certainly take something special for Swieqi to break the deadlock. The moment of magic finally arrived in the 76th minute as Mirco Vella's screamer from outside of the box gave the keeper no chance.

In what turned out to be a cagey encounter, Mgarr defended very well and frustrated Swieqi for most parts of the match. The Northerners almost scored right before half-time when Edward Gatt was forced to make an outstanding save, and the Greens also hit the post right before the break.

In the second half, Swieqi began to genuinely dominate proceedings and the substitutions of Teju Ayorinde, Ben Caruana and Luke Zammit began to make the difference. The Orange went agonisingly close on several occasions but Mirco Vella finally ensured that the Orange grabbed the all important goal.

Despite suffering several knocks and bruises, Swieqi managed to see out proceedings and ensured they returned back home with the points. They next face Zejtun Corinthians in the Youth Knock Out competition.