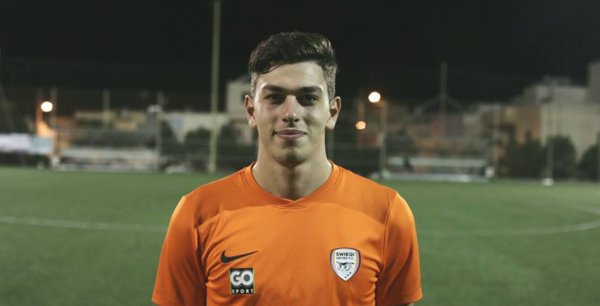 Swieqi Media sat down with new signing Ben Caruana to describe his new challenge here at Swieqi United. It's not often we get to interview an ex-National Team player and Ben was kind enough to give up some of his time to answer our questions.

SUFC: Hey Ben and thanks for speaking to Swieqi Media. So, what inspired you to join Swieqi United?

Ben: My inspiration to join Swieqi started off a few years ago. Since I live in the locality, I followed the club on social media and was immediately impressed by their approach to the game. Moreover, I worked with a number of coaches in the past and I am familiar with their mentality towards the game, so I did not think twice to approach the club to see whether they would be interested in me.

SUFC: Fair enough! So what have you made of the set-up and club structure?

Ben: While I haven't been with the club long enough to familiarise myself with all the sectors the club has to offer, I believe that both the set-up and structure of Swieqi is ahead of a good majority of other Maltese clubs. The club's philosophy of football is very different than that to a lot of other Maltese clubs, whether it is on the training ground, or behind closed doors. There is a very professional set-up and an even brighter future ahead for the oranges.

SUFC: What is your overall take on the season so far?

Ben: With regards to the minors team, I believe that we have the potential to do very well in all competitons we take part in. While the squad has not completely familiarised itself with eachother, I believe that with every passing session we are learning eachother's strengths and weaknesses. As a squad, we are a large number. This results in training sessions with a lot of good competition - all giving their utmost to earn a spot in the starting line-up for the next fixture. The past two league games have been a test for the whole team, however we have come out on top on both occassions. This week I personally feel more of a drive to get the victory as it is the first round of the knock-out competiton. This means there is potential to face clubs from higher divisions - and I do believe that our squad has what it takes to seriously challenge these teams.

SUFC: What are your goals and aspirations for both you and the club?

Ben: With regards to myself, my goals and aspirations are to improve my game. I'd like to work on my positioning as a winger, and even expand my understand of a wing-back. I would like to have the chance to work under Coach Billy Mock with the Seniors, and add some goals and assists to my name under both squads. With regards to the club, I would obviously hope for the best in all squads - that being promotions. However even more than that, I personally believe that winning the knock-out competition with the minors squad would be a great accomplishment - however there is still a lot of work to be done.

SUFC: What in your opinion differentiates Swieqi from other clubs?

Ben: The football philosophy. This means that their mentality towards situations is handled differently; in a more professional way. As I said before, we are a lot of players with the minors, so the level of competition is high. This pushes players to perform under pressure on a daily basis. Nonetheless, the club handles all of it's age groups with care and gives attention to each and every player. I have played for two clubs before Swieqi, and upon arrival I have been impressed with the work each individual of the staff puts into the club.

Thanks Ben and best of luck for the remainder of the season!