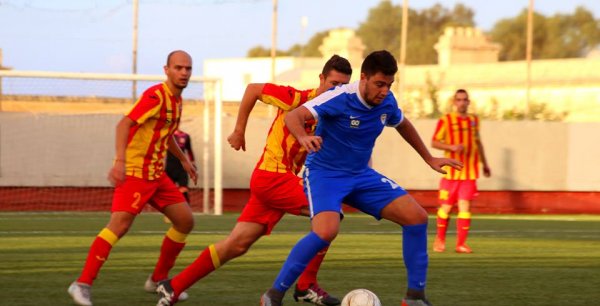 09.10.17 Seniors bounce back with crucial victory!

Swieqi United bounced back from their defeat against Santa Lucija by comprehensively beating Siggiewi 2-0 at the Luxol Stadium.

The Orange truly deserved the win, having dominated their opposition for most of the match, and could have won by a bigger margin had they converted even more chances.

After a sustained period of pressure in the first half, Swieqi United finally scored when Nicholas Schembri pounced on a goalkeeping error to make it 1-0 right on the stroke of half-time.

In the second half, Swieqi came out all guns blazing and could have scored through good efforts from Roderick Taliana and Shaun Bugeja. Nicholas Schembri also went agonisingly close when an effort from long range was spectacularly saved by the Siggiewi goalkeeper.

Swieqi made sure of proceedings in the 70th minute, when Shaun Bugeja's powerful header from a corner gave the goalkeeper no chance. Tejumola Ayorinde was shown a straight red for alleged violent conduct and deep into stoppage time, Roderick Taliana went mightily close to making it 3-0 when his curling shot was well saved by the goalkeeper. Well played Orange!