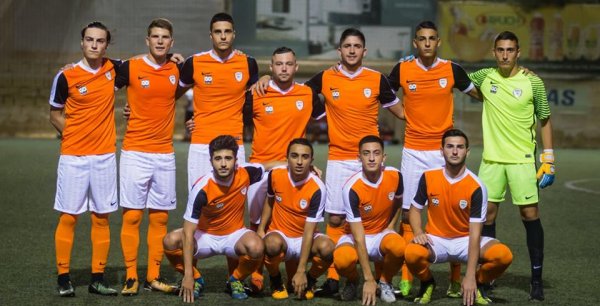 ​Swieqi United's Under 19 Squad will take on Birzebbugia St. Peter's tomorrow at 8:15pm (Mosta Stadium). It will certainly be a very tough fixture for the Orange. who will once again be looking to do well in a competition they excelled in during the previous campaign, where the Orange had managed to reach the quarter-finals but were unfortunately eliminated 1-2 by rivals and neighbours Melita.

Fans will note that the two teams fought tooth and nail throughout the 2016-17 Section D campaign, with Swieqi eventually gaining the upper hand over the Southerners over both fixtures. However, a new season brings about fresh changes and both teams will start the match thinking that they can progress. Buoyed by their new facilities in the South, there certainly is an air of optimism around Birzebbugia and their Under 19 squad will be looking to put on a good show. From the Owls' perspective, the team will be looking to continue their great run of form which has already seen them obtain victories against Fgura United and Dingli Swallows in Section C.

One can only hope that the game will live up to its billing. Forza Swieqi!