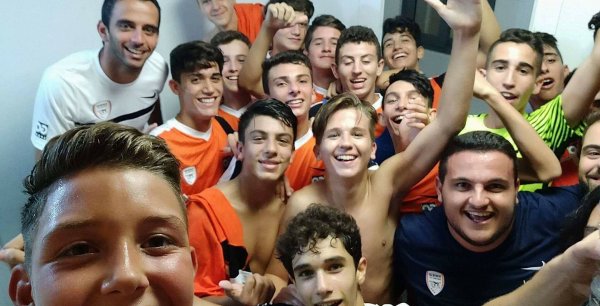 Swieqi United's U17 squad managed to seal off a fantastic weekend for the Orange, following the U15s and Senior Squads' success, with a great 3-2 victory over Floriana.

Despite some mechanical problems on the way to the ground - the team bus broke down at a point in time - the players were nonetheless very focused and fully prepared for this crunch encounter.

The Young Owls took an early lead, as after just four minutes of play, Timmy Bonello recovered the ball well at the back and passed to Daniele Ferlaino, who dribbled past the Floriana defence and put the ball in the back of the net. Midway through the first half, Sasha Peric scored to double the lead. Five minutes later, Floriana pulled one back. The first half therefore ended 2-1 to Swieqi.

Ten minutes into the second half, Ferlaino scored his second goal of the evening, giving Swieqi a 3-1 lead, and a lead which would prove to be insurmountable for Floriana to overcome. Nevertheless, fifteen minutes from the end of the game, Floriana were awarded a penalty and made no mistake from the spot to reduce the arrears. Luckily, the Greens could not make further inroads into Swieqi's advantage, with the game finishing an impressive 3-2 to our Young Owls.

With this victory, the U17 Squad also managed to create a small parcel of history as they became the first sector of the club to beat Floriana in an official competition.

Swieqi U17s face Floriana once again next Sunday 17 September at 18.00 at Rabat Ground.