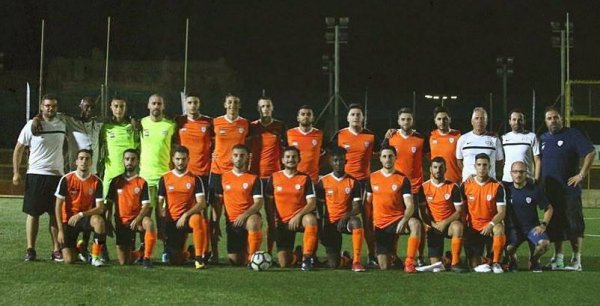 Swieqi United started their 2017-18 season in emphatic fashion beating Mgarr United 7-2 with two players netting hat-tricks. It was the Orange who began the brighter of the two with some neat exchanges in the middle of the park. The Orange went agonizingly close when Nicky Schembri failed to make contact with the ball but the Owls were justly rewarded when on 16' minutes, Sadat Suraka latched onto a through ball to score from close range. 1-0 at the break and there was all to play for in the second half.

In the second half, Mgarr came out all guns blazing and attempted to penetrate the Swieqi defence but thankfully, Jean Debattista was in fine form. The Orange then doubled the lead thanks to Nicholas Schembri whose neat control ended with an amazing shot from outside of the box. Schembri then added a third when Mgarr's goalkeeper fumbled a ball to allow same Schembri to head into the open net. Mgarr then made it 3-1 from a well taken goal that gave the goalkeeper no chance before substitute Jake Scerri broke free to add a fourth goal. The Northenerns then reduced the gap to two again after a mix-up in the box before Schembri and Scerri (2) added further goals to take the tally up to seven goals. A fine win and an excellent start for the Orange! On to the next game!