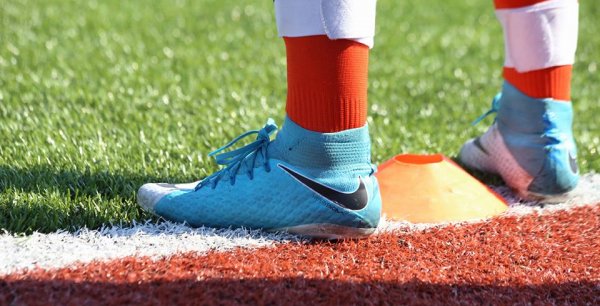 Swieqi United's Under 17 team started off the new season with a game against Pembroke Athleta. Excitement was sky high, as not only was it the start of a new season, but it was the first ever game donning the club's new Nike-branded kitwear.

Unfortunately, Swieqi conceded an early goal, which dented the team's confidence. The Young Owls tried to react, but moments later, Pembroke doubled their lead with a shot that squirmed under the goalkeeper. Pembroke therefore ended the first half two goals to the good.

The beginning of the second half was a similar story to the first, as Pembroke compounded the Orange's misery by adding a third and fourth goal. While the game seemed to be over for Swieqi, our boys nonetheless managed to grab a consolation goal as the team was awarded a penalty, David Cardona making no mistake from the spot. Minutes later, Timothy Zammit pulled another goal back in order to make the scoreline more respectable. The game therefore ended 4-2 to Pembroke.

The team's next game is against Floriana, this time at the Siggiewi Ground on Sunday 10th September (19.45).