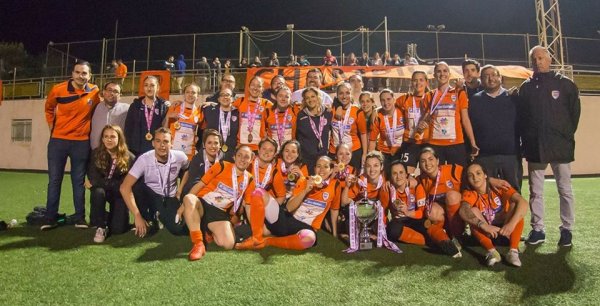 Last season was one of unprecedented success for the Swieqi United Women's team, who finished their league commitments as Second Division champions with a record of 15 wins from 16 games, playing some very good football in the process.

However, this year will prove to be different to times gone by. Firstly, the MFA announced that the league format shall be changing and all teams shall once again compete in one league. Our champions shall be out to prove that they are a test for every team in Maltese football and give even the traditional big guns, like Hibernians and champions Birkirkara, a good run for their money.

The girls, who have been working hard throughout pre-season under the tutelage of head coach Keith Gouder and assistant coach Jochen Lenders, will be relishing this step up in quality and the opportunity to consistently test themselves against the bigger fish in Maltese women's football. Indeed, being competitive as a general rule would probably be deemed a success for the team this season.

The league kicks off on Tuesday 3rd October with a big clash against Hibernians, a game which will help show how the team has progressed during the course of pre-season.