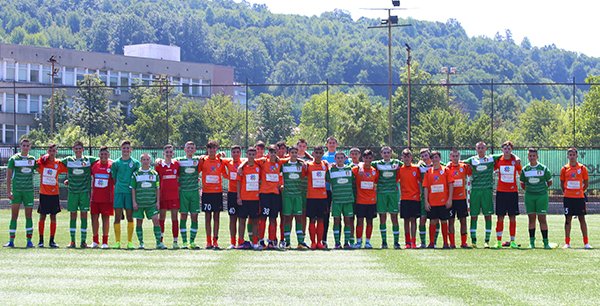 Last July, Swieqi United took the U17 team on a trip to Bulgaria, serving as an educational and team-bonding experience, while also serving in part for their pre-season preparations.

The group, led by Rosen Filipov while in Bulgaria, landed in Sofia and had a four hour bus trip to Kazanlak. Upon arrival at the hotel, the squad had dinner and enjoyed their free time at the tennis courts and on the 5-a-side pitches. Other activities that the group did included visiting the aqua park and playing bowling.

The team's opening game against FC Yantra Gabrovo was a hard-fought encounter. Despite being the better team all game long, the boys did not manage to hit the back of the net, with the opposition taking a 3-0 advantage despite only having three chances throughout. However, as was evident during the last few months of the previous season, the boys' superb fighting spirit and never say die attitude shone through, and in the last 20 minutes of the game, they scored three times to secure the draw.

The Young Owls next played against FC Vereya, who play in the Bulgarian First Division and the highest division in the youth league. After an entertaining first half, the Bulgarians scored twice in ten minutes. While this initially hit the boys hard, once again, in the last 15 minutes of the game, they produced a quick double-fire to level matters at 2-2. However, the boys were tired from the previous game the day before, and unfortunately, had their comeback ruined with 2 goals for the opposition in the last 5 minutes. Nonetheless, this was a good result against a strong team. After the game, the boys spent time at the shopping complex and went to watch a Bulgarian First Division game.

While Saturday was a rest day, with the boys spending the day by the pool, on Sunday, the boys played their final game, this time against FC Rozova Dolina Kazanlak, controlling the game from the first to the last minute and wrapping up a comfortable 3-0 win. After the game, the boys enjoyed some free time at the centre and then met up for a Volleyball & Table Tennis tournament.

After wrapping up their football commitments in style, the boys were allowed to take the next day relaxing. However, they still found time to play against the coaches in a 5-a-side tournament, which the Young Owls won for the first time in the three editions.

All in all, this was a superb week and with the boys definitely taking home a great deal of memories, apart from serving as a great learning experience. The club would like to once again thank Rosen Filipov and his family for organising everything. Till the next one!