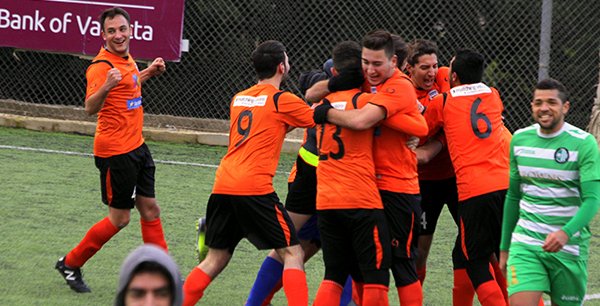 After flirting with relegation in previous years, last season, the Seniors Team defied many people’s expectations to finish in a creditable fifth place overall. Head Coach Billy Mock and Assistant Coach Rodney Bugeja built a strong, youthful side that was capable of giving even the best teams in the BOV Second Division a run for their money.

Therefore, the question that is on many people’s lips this year is whether or not Swieqi can maintain the high standards they achieved last season, or possibly even go one further.

Obviously, one does not own a crystal ball and cannot predict the future, but what is for certain is that the project that started bearing fruit last season will continue into this year as well. Out of all the team’s players, only one – Jon Briscoe White – is over 30, while the majority of the players in the squad are aged 22 or under. Of course, the team has looked to strengthen in core areas where it felt it was slightly weak or slacking last season, in order to try and make the step up, at least in terms of performance.

The loss of influential striker Kenneth Ekezie – who has been loaned to Marsaxlokk – might be felt over the course of some games, but with so many youngsters willing to make the step up and prove themselves to the coaching staff and the team, coach Mock must be confident that the void will be adequately filled.

With such a youthful squad in tow, it is hard to make predictions, and indeed, this season preview will not do that. However, the squad will definitely give it its all throughout the course of the season in order to make the locality that it represents proud.