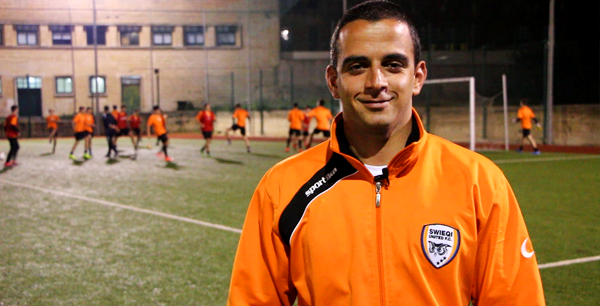 Swieqi United FC are pleased to announce the appointment of Mr Andrea Vella as Head of Coaching and Youth Development on a full time basis, on a four year contract effective the beginning of the 2017-2018 season.

Mr Vella’s duties shall comprise the coordination of a Youth Academy curriculum for the club, encapsulating all players between ages 5 to 17. He shall also be responsible for the implementation of quality assurance on the Youth Academy coaching based on the above mentioned curriculum, as well as the management of all Youth Academy coaches and staff from a technical point of view. He shall also be working very closely with the Academy Manager, Andrew Azzopardi, on administrative matters and with the Technical Director, Billy Mock, on technical matters.

Mr Vella has been part of Swieqi United FC since the beginning of the 2013-2014 season, and has been one of the main contributors to the club's success in the past years. In comments to the team’s media arm, Vella said that he is delighted to become the first full time employee with the club, thanking the club for the faith and trust shown in him. He concluded by saying that this showed that the club has a defined philosophy and a serious structure. He said that he is looking forward to the challenge both next season and in the years to come.