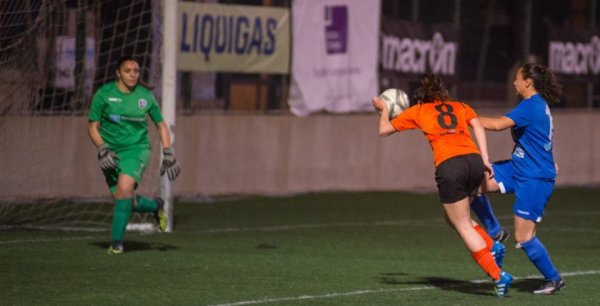 After a three-week break, the Woman’s league resumed on Tuesday with the Swieqi ladies team taking on Mosta in a heated battle between first and second place. A tight game indeed went all the way to the wire but saw Swieqi concede their first league loss of the season, as they were narrowly defeated 2-1 in the closing minutes of the game.

The girls enjoyed the majority of possession and kept the ball well throughout the game. Having created a couple of chances early on, they were unlucky to concede from a set piece on the 11th minute mark. Nevertheless, the girls picked themselves up and denied Mosta a single shot on target for the remaining of the half, while they created several chances at the other end, but failed to convert a single one. The girls therefore went into the break trailing.

As they marched back on the pitch in high spirits, early in the second half, the Mosta keeper made a brilliant save to deny Yolande Attard from levelling matters. A quick counter attack then had Mosta in a one on one situation, which resulted in a penalty after a questionable call. Krista Montfort’s heroics saved the girls from going 2-0 after her brilliant save denied Mosta a second goal. This lifted Swieqi’s spirits and they were now given an extra boost to get their well-deserved goal.

As they persevered, Swieqi were soon rewarded for their efforts. A clever cross from Janice Spiteri found Yolande Attard at the back post, who calmly headed the ball to the back of the net to level the scores. However, as the girls continued in their endevour to earn all three points and maintain their perfect record, they were once again caught on a counter attack in the last seconds of the game, which saw a Mosta player seal the win for their team in the dying seconds.

Despite the result, the girls have mathematically already won the league and will play their final game vs Tarxien on Thursday 27th April at Mgarr Ground, at 8pm where they will be crowned Second Division champions.