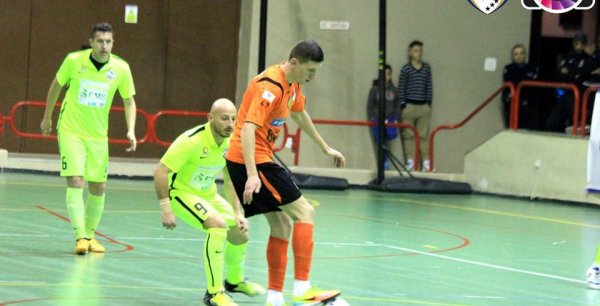 The senior futsal squad kicked off their elite round commitments in style, producing some good futsal against Luxol. Swieqi went in front in the first half through a powerful strike by Boicho Marev. Later on in the half, the Orange missed three one-on-one chances with the opposition keeper, something which Swieqi would pay for dearly, as five minutes from the end of the first half, Luxol equalised. A defensive mistake by the Owls then enabled Luxol to end the first half in front.

In the second half, Christian Wismayer was given his marching orders as he was shown a second yellow card for protesting against referee's decision. In spite of this, Swieqi continued to press onwards for the equalising goal, hitting three crossbars in the process, however, counter attacks by Luxol caught the men in Orange off guard.

Swieqi goalkeeper Karl Balzan had a very good game despite the result as he managed to deny Luxol numerous chances.

Swieqi will next face Hamrun Tre Angeli, who shocked Valletta yesterday evening, in their next game.