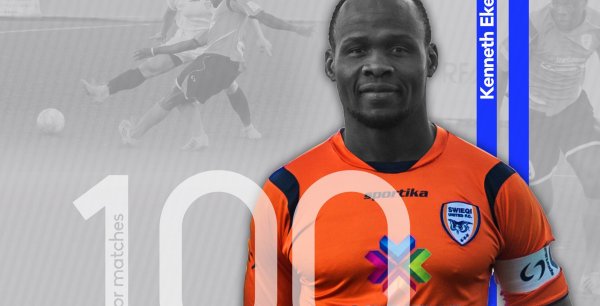 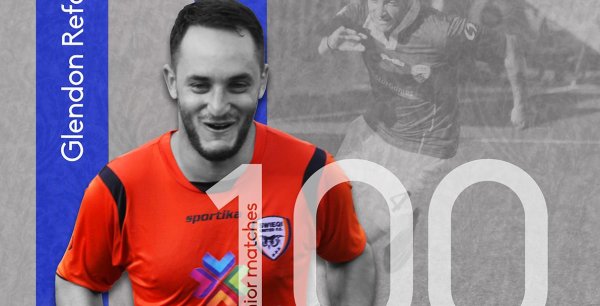 In the recent days gone by, two Swieqi United seniors players achieved an incredible milestone with the club when they each played their 100th match for the club.

Our media team sat down with the two players from them to share their views on such an achievement.

Kenneth Ekezie told SUFC media that it was t something that he never planned for. In fact, when he was informed by the club about reaching such a milestone, he was surprised and had a massive “WOW” feeling. Kenneth then visualised the long relationship with the club, from the humble beginning to the present. What he noticed is a strong family chain which makes him happy.

Kenneth surely has seen a lot of things happening at the club, which experiences he describes as being both good and sad days of the club, although what fascinate him the most is that the club is structured and works around smart goals. He states that this are helpful during the sad days to get back on course and brighten the good days.

For Kenneth, the proudest moment is the match that secured the senior’s team promotion to 2nd division  three years ago, an achievement that will never evade Kenneth’s memory. Kenneth wants another promotion or winning the league to further add to such memory,

Kenneth concludes by stating that Swieqi United FC are developing as a club, who are doing right to see the development takes effect in their act. Football in Malta is regressing and there is a very little chance for young players to express their talents with seniors squad in most cubs if not all. I believe it is a bold step but it is the future success for the club.

Glendon Refalo told the club’s media team that as s a player, the only target that he set out is to be the best that he can be every single day. The 100th game is a milestone in itself and it is special to be recognized for it.

Looking back, he remembers all the training sessions in the summer heat and rainy days. It's always hard work to make sure that I am good enough to be in the squad, remarks Refalo. He admits that improving as a player with a club where he feels at home has been the easy part of his journey so far.

Whilst being thankful for the many memories that he has at the club, for Glendon the promotion was by far the greatest memory. The match vs Dingli where the team came back from 1-0 down at half time to win 2-1 and guarantee the club’s survival in the second division was a special moment as well. However, the most important moment came in the club’s 2-0 defeat to Mgarr in the club’s promotion winning campaign. Glendon states that some doubts were starting to creep in about the teams’ promotion credentials after losing that match. However, the team responded magnificently and went on a 14 match unbeaten run to smash all records. Since then, the club went from strength to strength.

Glendon states that introducing an actual philosophy was the best thing done by the administration of this club, which gives the club a unique way of doing things. The youth players are humble and hardworking which are essential ingredients for their development, with the club already bearing fruit of this approach. All Swieqi teams are punching above their weight and all follow each other as a club. This further enhances the sense of belonging and our position as a community club.

Glendon states that his target as a player is to always play next match and look after himself to ensure he is fit as possible. Hopefully this will lead the club to other greater things. In the short term Glendon would love the team to end this season on a high, with the clubs’ young owls winning the youth league and the seniors team keeping clean sheets in the process.