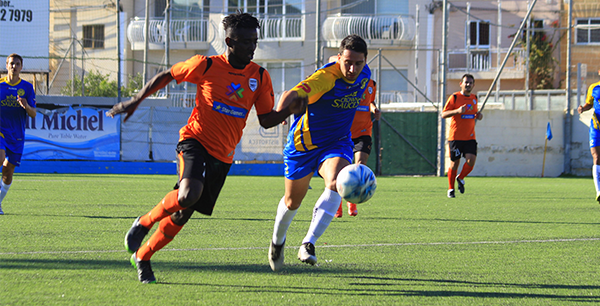 The Orange and the Southerners played out an entertaining 0-0 draw at the Sirens stadium on Sunday.

Both sides exchanged some good passes and created opportunities to score but some good saves by both goalkeepers ensured a stalemate. Despite Marsaxlokk going close on several occasions and missing an absolute sitter with an open goal at their mercy, the best chance of the game fell to Swieqi United.

Sadat Suraka escaped on the right wing and skipped past a Marsaxlokk defender. Finding himself face to face against the Marsaxlokk keeper, instead of shooting the ball, he opted to find Dylan Gouder but the pass failed to reach the Swieqi player.

Swieqi United then survived a late barrage on their goal to maintain their hold on 5th place. They next face Birzebbugia on Saturday 8th April, 2017.