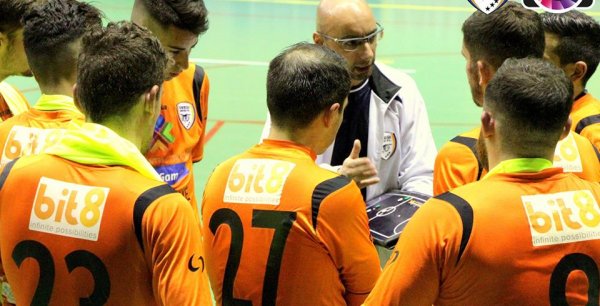 Despite the turmoil that surrounded the initial start of the 2016-2017 futsal season in Malta, Swieqi United launched their U-21 squad to participate in the league. As a result of this, the club was the first futsal club in Malta to launch an U-21 league under the Futsal Malta Association auspice, together with its seniors team.

The team embarked on a journey that will surely be remembered by all involved for some time to come. The initial games were tough to grasp, with many players finding themselves on a futsal court for the first time in their careers! However, with sheer determination and willingness, the players listened carefully to coach Fiteni’s instructions and adopted a united front by embracing the journey together. In fact, Fiteni himself told the SUFC media team that his primary goal was to work on the improvement of the players’ development from day one. Such focus meant that results came secondary and learning the beauty of the game came first, as a result of which helped the team improve their knowledge and skills.

As more and more games were played, players were showing their improvement and the teams’ performance was improving match after match. All what was lacking was a moral boosting historic first three points. Few gave Swieqi’s U-21 team any hope of making any significant mark this season. However, the team proved their doubters wrong and earned two well deserved victories over Zurrieq Wolves and Tarxien Rainbows respectively, whilst giving other teams a fair run for their money. Fiteni describes such wins as a positive aspect in the team’s achievements, which no doubt help contribute towards boosting players’ confidence.

With the round robin now complete, focus now shifts onto the league between the lower placed teams. Fiteni is quick to state that there is still a lot of work that must be done, whilst also admitting that the fighting spirit that such team has will help towards the team achieving its objective.

Despite beating Tarxien Rainbows in their last game, and getting their second 3 points of the season, Fiteni was still not happy with the overall performance of his team. One such reason is the number of chances that the team has which go begging at times in matches. However, Fiteni is optimistic that the more matches that such players play, the better the overall performance of the team will be.

Turning on the upcoming final matches, Fiteni remarks that the team needs to keep on training hard in order to keep improving game by game. He states that since the team will now be playing against teams who they have previously played against already, this will help towards comparing the team’s performance and checking improvements done. Preparations will be game by game, however the main objective of the team will always be on their mind.