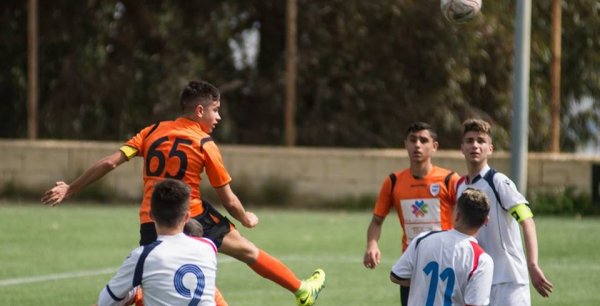 Swieqi U17s were the better team when they faced Zejtun on Sunday 26 March at Rabat Ground.

Swieqi started off the match on the attack and immediately had the first chance on goal, but the ball went just out wide. Moments later, the Orange had another good chance on goal, but didn't manage to open the scoring. Midway through the first half, Raul Mackay dribbled past the Zejtun defence and was tackled in the box, resulting in a penalty for the Young Owls. Jacques Galea Souchet didn't make any mistake from the spot and gave Swieqi the lead. A few minutes later, Sasha Peric recovered the ball from the Zejtun defence, and dribbled round the keeper to score the team's second of the day. Swieqi therefore finished the first half leading 2-0.

The second half was a similar story to the first half, with Swieqi being the better team and playing the better football. The Orange controlled the match all throughout and were supported by the lovely crowd of younger Swieqi players present to watch the U17s play. A few minutes before the end of the game, Jake Chetcuti put the cherry on the cake, dribbling pastthe Zejtun defence to score the third and final goal and seal a vital victory for Swieqi.

Swieqi U17s play their lastleague fixture on Sunday 2 April at 13:00 vs Fgura at Rabat Ground.