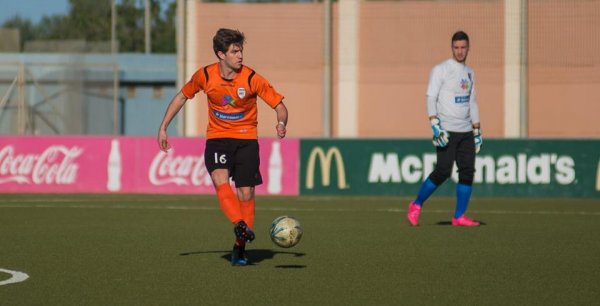 Swieqi United put in a masterclass performance in a Saint Patrick's Day fixture to dismantle Siggiewi 4-1 and consolidate their 5th place in the standings.

With both teams having secured their place in the Second Division for next season but unable to challenge for promotion, the game started off with plenty of end to end action, resulting in an exciting game.

Swieqi took the lead after 19 minutes. Following an inadvertent Siggiewi handball in Swieqi's half of the pitch, Sam Bartolo took the resulting free kick, which landed at the feet of Nicky Schembri. Schembri captured the ball at his feet, turned and fired a low, hard shot in off the post.

The goal seemed to take the wind out of Siggiewi's sails, and for the rest of the first half, it was all Swieqi. As Swieqi looked to double their lead, one chance in particular saw a Dean Grech corner just being headed over the bar. However, the team's persistence paid off, and in the 31st minute, a low cross from Kenneth Ekezie on the left found Sean Gatt Baldacchino, who subsequently crossed the ball into the six-yard box for Schembri, who rifled in another low shot past the Siggiewi goalkeeper.

Five minutes later, Siggiewi handled the ball in their own box, resulting in a penalty for the Orange and another chance to extend the lead. Nicky Schembri converted the resultant spot kick to complete a 17 minute hat-trick and put Swieqi 3-0 up. Nonetheless, three minutes later, Siggiewi pulled one back through Jonathan Camilleri, who slotted the ball into the bottom left corner past Sam Bartolo. Swieqi hence went into the break 3-1 up.

The second half saw Siggiewi up the pressure in search of finding another goal, but the Owls' defence, in particular Benji Frendo and Kyle Muscat, stood firm and resolute throughout the barrage of Siggiewi attacks that peppered our goal. However, this left pockets of space in the opposition's back line, something proven by a good counter attacking chance that Ekezie spurned in the 58th minute.

The game was put to bed though in the 69th minute after Sam Bartolo's goal kick found Ekezie, who slotted through for Schembri to score his fourth of the game. Schembri was eventually substituted in the 81st minute to a standing ovation from coaches, players and supporters alike.

Following the match, Schembri congratulated the team on a magnificent team effort and stated that this victory 'paid off our debt' against 'a very good team' to whom Swieqi lost 5-0 in the first round. He also thanked the coaching staff at the club 'for their constant support on and off the pitch'.