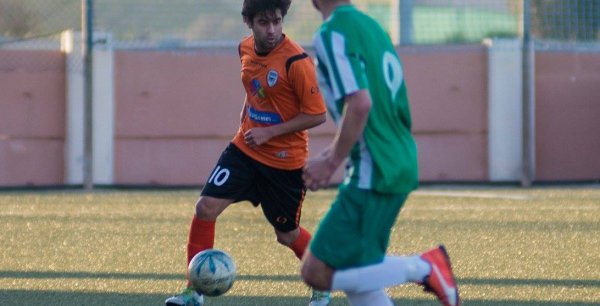 Swieqi United managed to see of a plucky and resilient Ghaxaq side 1-0 at the Centenary Stadium.

Coming on the back of a 2-1 win vs Attard, Ghaxaq were confident going into the match that they could claim another scalp. Swieqi on the other hand had to pick themselves up after losing 1-5 vs San Gwann.

The match burst to life after only 6 minutes when Ghaxaq's Davide Mula was sent off for denying an obvious goal scoring opportunity in the box but Glendon Refalo missed the spot kick. It took Swieqi 38 minutes to score when Kenneth Ekezie's powerful header from a corner gave the Ghaxaq keeper no chance.

In the second half, Swieqi continued peppering shotsat the Ghaxaq goal, but could not find a breakthrough. Great chances were spurned by Nicholas Schembri, Alan Schembri Wismayer and Pierre Muscat. In the end though, it was enough as the Orange held on to record a narrow win but priceless 3 points.

It is worth noting that this was Glendon Refalo's 100th appearance for the Senior team! The first player to reach such an accolade in the club's short history!