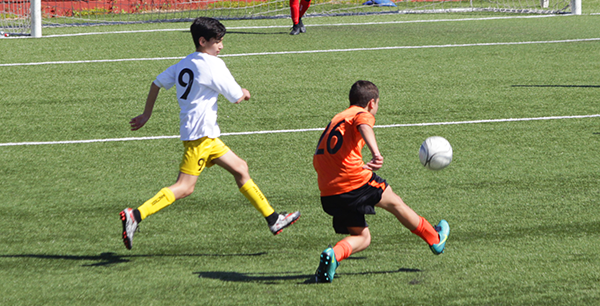 Swieqi U15's earned another vital three points, as they aim to secure promotion in the coming weeks. They faced Marsaxlokk on Sunday 12th March at 10.30 at Luxol Ground.

Swieqi were the better team throughout the game, managing to control the match proceedings with relative ease and being the most dangerous from the two teams. In the first half, Swieqi had multiple chances on goal, and even hit the post. Despite all these opportunities to score, the first half ended 0-0. All Swieqi lacked in the first half was a goal.

However, the young owls did not give up, and played an even better second half. Five minutes in, Daniele was brought down in the penalty box and the referee whistled for a penalty. Andrea Lorefice did not make any mistake from the spot, and gave Swieqi a well deserved 1-0 lead. Swieqi did not stop here, and continued attacking in order to score a second and close off the game. Despite many attempts the score remained 1-0. However, a few minutes before the end of the game, Andrea Lorefice dribbled past two Marsaxlokk players and curled in a fantastic shot in the top corner, to make the score 2-0.

Swieqi controlled the game and sealed off a vital 2-0 win, as they continue their fight to earn promotion. Swieqi are currently league leaders with a game in hand. A win in the next game will secure promotion and also possibly the victory of the championship, if other teams fail to win.

Swieqi U15s play their final league game on Saturday 1 April at 16.30 against Mtarfa at Mgarr Ground.