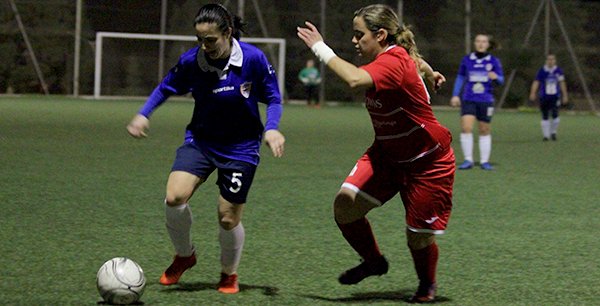 Swieqi took a break from their league commitments on Tuesday and turned their attention to the knock-out competition, where the girls found themselves facing First Division team Kirkop A to battle it out for a place in the semi-finals.

The girls got off to a brilliant start, creating a couple of golden chances, and putting the pressure on Kirkop. Unfortunately, their efforts went without reward, and the girls wasted one on one opportunities with the opposing goalkeeper on two occasions. On the other hand, Kirkop proved to be more lethal in front of goal, and found themselves 1-0 up with their first effort on target. Nevertheless, the girls fought back and went into half time trailing by a single goal.

The second half was somewhat different for the girls, with Kirkop’s experience in the First Division coming through. The girls remained compact in their defensive duties, but a questionable penalty was awarded to Kirkop, which they eventually converted to go 2-0 up. Shortly after, Kirkop added another goal, after Swieqi failed to clear their lines from a corner.

Despite the score, the girls put on a brave performance, and made Kirkop work hard for their victory. The girls showed they can keep up with a first division team, and will now turn their attention to finishing off the Second Division league with top honours.