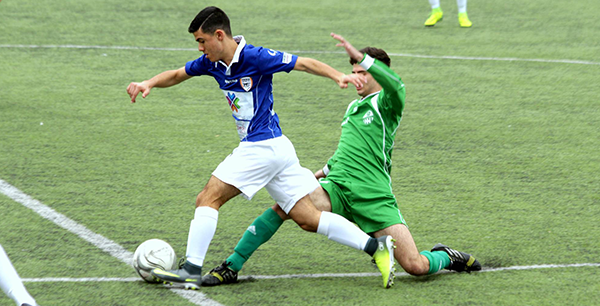 Swieqi U17s earned an important point when they faced Lija/Iklin on Sunday 26 February at Sirens Ground, looking to bounce back from a loss in their last game in order to maintain a push for a place in the group stages next season.

Lija/Iklin started the better of the two sides and took the lead following a defensive error from the Young Owls. Although Swieqi were stunned, they nonetheless immediately started peppering the opposition goal in the hope of finding an equalising goal. Indeed, moments later, Jake Chetcuti set up Raul Mackay, who slotted the ball into the back of the net. Despite now brimming with confidence, Swieqi once more found themselves on the back foot as Lija/Iklin managed to score again and lead 2-1 going into the half time break.

The second half started off in similar fashion to the first, with Swieqi having the lion's share of possession and Lija/Iklin trying to make the counter attack tactic work. One of the best actions of the half saw Swieqi come close to equalising, as they hit the cross bar from a corner. The dynamics of the game changed with ten minutes to go though, as Lija/Iklin were reduced to ten men. As a result, Swieqi were now more determined than ever to equalise, although time was not on their side. Nonetheless, with a few minutes to go, Swieqi earned a vital free kick, and Andy Shaw headed in to equalise for Swieqi. It was a well deserved goal, and the Swieqi bench celebrated with all the players on the pitch. As full time approached, Swieqi continued attacking in an attempt to score the winning goal, but this was to no avail - the game therefore ended 2-2.

Swieqi U17s play their next match on Sunday 12 March at 8.30 against Tarxien at the Luxol Ground.