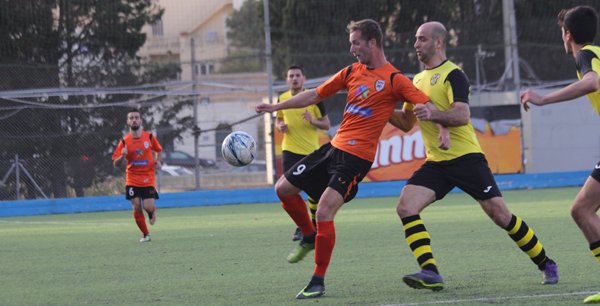 In a game played in fine weather at the Sirens stadium, Zabbar started the game very well, going close on several occasions and hitting the post twice in quick succession. Ironically, Swieqi could have forged ahead when Ion Alin Margarit failed to make contact with the ball. It was the closest Swieqi came to scoring throughout the 90 minutes.

With the Orange defending resolutely and goalkeeper Sam Bartolo in impervious form, it was going to take something special to break the deadlock. Deep into stoppage time, Zabbar won a free kick on the side line and the in-swinging delivery resulted in a bullet header, sending the Southerners' bench into raptures and condemning Swieqi to a loss.

In fairness, Zabbar deserved the win having dominated for much of the second half but the manner in which Swieqi conceded was heart-breaking and devastating. Nevertheless, the Orange can still take plenty of positives from this fixture and can look forward to facing sterner challenges in the future.