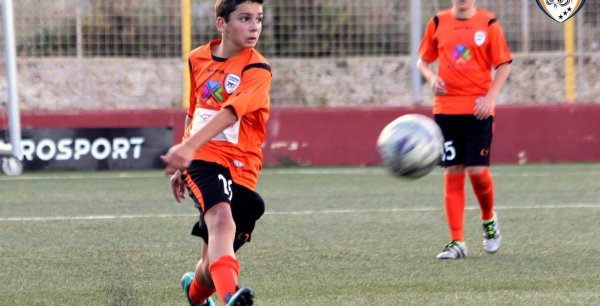 Going into this fixture, Mgarr could have been seen as slight favourites, due to having the advantage of playing at their home ground, despite the fact that Swieqi were on a good run of form and leading the Section E standings.

The first half was initially short of clear opportunities for both teams. Swieqi controlled most of the half, while Mgarr waited patiently to hit Swieqi on the counter attack. Indeed, it was Mgarr who drew first blood, with Sean Muscat scoring for the opposition after Swieqi goalkeeper Ben Galea Souchet was caught out of his penalty area. The ground erupted as Mgarr players celebrated taking the early lead. The first half therefore ended with Swieqi trailing 1-0.

As the second half kicked off, Swieqi continued giving their all in order to find the all-important equalising goal. Chance after chance came the Young Owls' way, but the Mgarr players defended with their lives and cleared all chances produced by the young Swieqi team.

With just a few minutes to go and Swieqi seemingly heading for their second defeat of the season, Timmy Bonello equalised for the Orange, making the score 1-1. It was a well deserved goal for Swieqi and a just reward for showing resilient character throughout the match. The goal was Bonello's third his last three games.

Swieqi tried hard to find a winner but this was to no avail, as the game ended 1-1. Nonetheless, this was an important point earned by Swieqi's U15s, after being 1-0 down at half time.

Swieqi U15s play their next game on Sunday 5th March at 16:30 at Mellieha Ground vs Dingli.