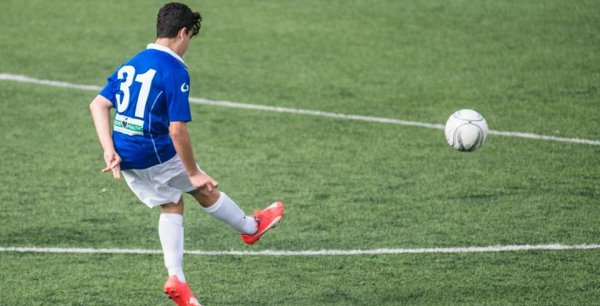 Swieqi U17s faced Zabbar St Patricks on Saturday 11th February at Zabbar ground with the aim to bounce back from their previous league match defeat. The match was played at one o’clock in the afternoon, in fine weather conditions.

The first half was quite a balanced affair with both teams fighting hard to score the first goal. Both teams had a few chances on goal but neither team could finish its chances. The game was stopped for a few minutes due to an injury sustained by the Zabbar goalkeeper who had to be taken to hospital (we wish him a speedy recovery). The first half ended 0-0.

In the second half, the tempo was faster and the chances kept on coming. The Swieqi keeper produced many fine saves to keep the score 0-0. As the game seemed to be heading for a draw, with just a few minutes to go, Sasha Peric recovered a ball well and dribbled passed two players, to go one on one with the keeper and put the ball in the back of the net. 1-0 to Swieqi.

Swieqi seemed to be heading to a victory, however moments later Christian Cali was sent off after receiving a second yellow card. With just a few minutes to go, Swieqi showed great unity, and despite being a man down, fought hard to score a second, as Jake doubled the lead. With no time left for Zabbar to react, the referee blew his whistle for the game to end. Final result, a well deserved 2-0 victory for Swieqi against the league leaders. Well done to all players and the SUFC technical staff!!

Swieqi aim to build on this victory, when they face Lija on Sunday 26 February at 10.15 at Sirens Ground.