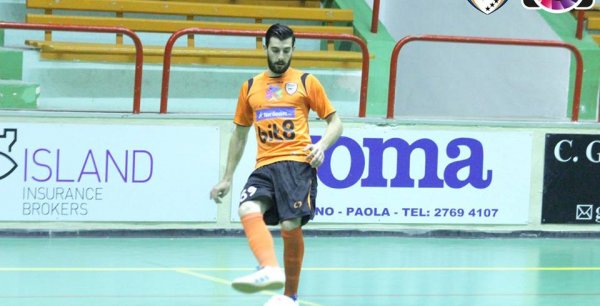 Swieqi United and Swieqi United U21s faced each other in a hard fought match at Kordin which saw the first half end 4-1 in favour of the Senior Squad. It took Swieqi United ten minutes to find the first goal through Chris Wizu. The U21 squad defended well and peppered their opponents with constant counter attacks. Veselin Ivanov scored the second on his debut match and Timmy Gingell pulled one back for the U21 squad. Before the end of the half, Redeemer Borg and Veselin Ivanov added to the scoreline.

The second half showed further improvement from the U21 squad who defended like their lives depended on it. Lydon Baldacchino acted fast on a counterattack and placed the ball in the top corner with a great shot. With the score at 4-2, the Senior Squad upped their tempo, and their pressure finally paid off eight minutes from time, as they managed to score through a Petev brace and an own goal.

The final score was 7-2 to the Senior squad, with them commanding the game in the end. Nonetheless, the U21s were no pushovers. The Swieqi United U21 squad has only been formed for four months but has been growing in strength from game to game. The squad was established to introduce young talent into Futsal (75% of the squad's roster) and is balanced with some experienced players to help with development.