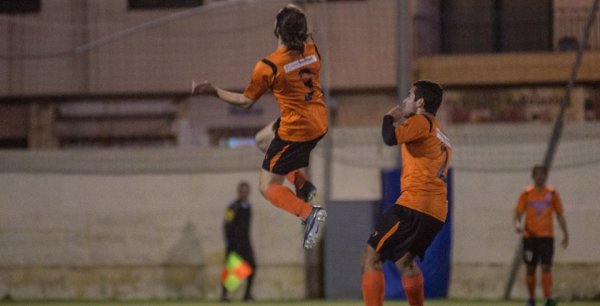 Lightning struck for the third time this season as Swieqi United's Minors team started 2017 on a positive note, beating bottom of the table Santa Venera 3-0.

Swieqi made a number of changes to their usual line up, including a season debut for goalkeeper Ryan Muscat Verzin, standing in for the suspended Edward Gatt.

It didn't take long for the Orange to get into their stride, as within three minutes, they were already in the lead, thanks to a spectacular long range effort from Thomas Philip Debono.

Swieqi and in particular Debono kept on peppering attempts at goal in the first half, but often, these failed to challenge the opposing goalkeeper. The weather conditions also played their part towards the end of the first half, and as the heavens opened, the quality of play between the two sides was not at its greatest.

As the rains ended and the second half began, Swieqi picked up from where they left off and continued their assault at the Santa Venera goal. They were finally rewarded eight minutes into the second half, Jon David Ferry getting the goal that their play deserved. Three minutes later, Kyle Muscat scored to put the game firmly to bed.

Swieqi could and should have scored more in the second half as Santa Venera's players got tired, but despite some good chances, failed to make the most of their opportunities. It therefore ended 3-0 to the Orange, who go back to the top of the table, albeit having played a game more than rivals Birzebbugia and Mqabba.

The next game will be the cup fixture vs. Naxxar Lions on the 1st of February.