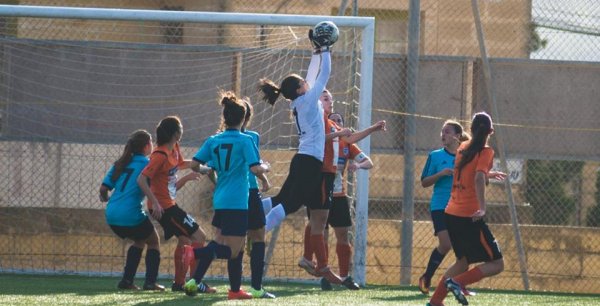 The second division league was put on pause on Tuesday, as the Swieqi Woman’s team took on Gozo in the first round of the knock-out. The two teams had faced each other three times last season, with gozo emerging victorious in each encounter, but this time, it was Swieqi who kept their heads together in an 8 goal thriller.

In a tight and tense encounter, the Swieqi girls got themselves off to a flying start. Emma Moore was the first to break the deadlock, after her shot chipped the goaler and ended at the back of the net. The lead didn’t last long though, as Gozo were quick to hit back a couple of minutes later. With the game tied, Swieqi continued attacking. A few minutes later, Emma Moore won a penalty after being brought down in the box by the goaler. Kate Galea confidently smashed the ball home, as Swieqi took the lead once again. The girls insisted with every attack and it wasn’t long before they got their third when Becky Naudi’s shot found the back of the net. Just before half time, Swieqi made it 4-1 as Krista Montfort’s effort was too much for the Gozo goal keeper.

Both teams came out fighting in the second half, but it was Gozo who started off better, as they were awarded a penalty of their own in the opening minutes, which they scored through Maria Farrugia. Swieqi hit back through Krista Montfort shortly after, before Gozo managed to grab a third, and personal hat trick for Maria Farrugia, as the game ended 5-3.

Swieqi will now take on Kirkop A on Tuesday 28th February in the quarter finals of this competition.