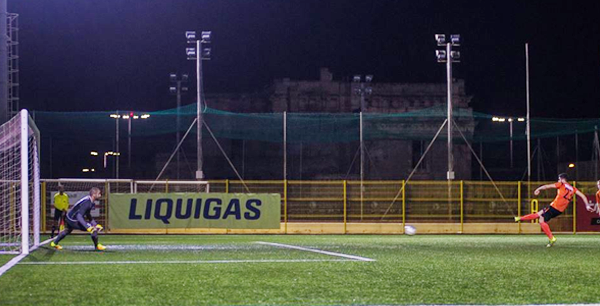 It was by no means an easy feat for obtaining a positive result against a well-drilled Marsaxlokk team was always going to be tough. From the onset, both teams traded good exchanges and could have equally scored. Nevertheless, the game revolved round the congested but very contested midfield battle.

On 53' minutes, the deadlock was finally broken. Some quick thinking by Nicky Schembri resulted in the player being fouled in the Marsaxlokk box. Roderick Taliana duly obliged and converted the spot kick. The Southerners responded by besieging the Swieqi goal. Twice they went close to scoring but Sam Bartolo was impervious between the posts. A controversial incident occured when the referee awarded Marsaxlokk a penalty but the decision was correctly overturned when the linesman pointed out that the offence happened outside the box. Despite M'xlokk having two players red-carded, Swieqi then defended resolutely and as one bloc as they withstood a late assault on their goal to cling on to an important, if not valuable, three points.