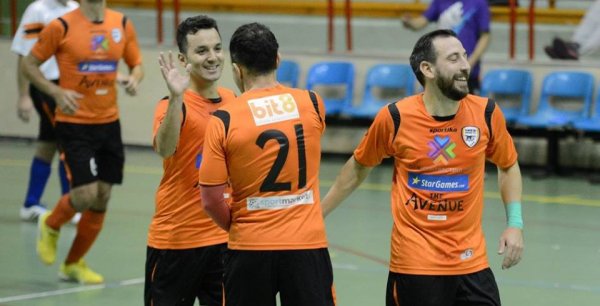 Swieqi United made it two wins from two in the Futsal Premier Division this season after beating Safi San Lorenzo 7-1 at the Corradino Pavilion.

As the score suggests, Swieqi dominated proceedings from the outset and indeed, they scored their first within two minutes, Christian Wismayer finishing with a deft touch into the bottom left corner of the net.

SUFC continued being the better side, and just one minute later it was 2-0, Dimitar Petev scoring from close range.

Swieqi's third came from Andre Ciancio, who made his first appearance of the season today, having sat out the encounter against UoM Knights. He tapped in from a Boicho Marev low cross. However, minutes later, Clive Calleja got one back for Safi with a neat finish that beat SUFC goalkeeper Karl Balzan.

The first half finished 5-1 to Swieqi, with Marev scoring both goals, giving United a very comfortable lead at the break.

In the second half, Swieqi visibly took their foot off the pedal, probably knowing fully well that the result was all but secured. Nonetheless, United continued adding to their tally, with Redeemer Borg and and Petev scoring to complete the rout.

A satisfying win for the Owls, who keep up their early season promise. It therefore finishes Swieqi United 7, Safi San Lorenzo 1.