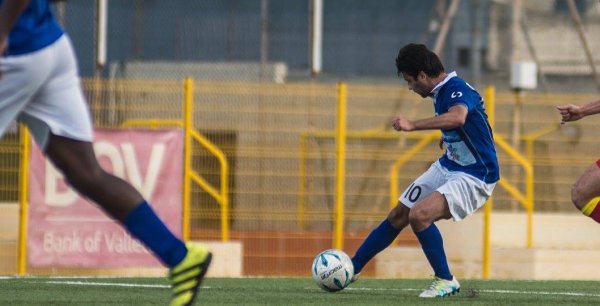 The Orange took the lead after only 20 minutes when Jordan Farrugia-Coleiro scored from close range. Thereupon, Swieqi began to dominate but were unluckily reduced to 10 men when Kenneth Ekezie was adjudged to have elbowed an Mgarr player.

Mgarr then duly equalised with a header from close range and both teams entered the dressing room with a point apiece.

Swieqi United were however in no mood of sitting back and waiting for Mgarr. They took the initiative and scored when Ion-Alin Margarit's shot from a corner was coolly dispatched and a few minutes later, Roderick Taliana made it 3-1 to send the Swieqi bench into raptures.

With Swieqi firmly in control, Taliana added another deep into stoppage time to make it 4-1 on the night! Well done Orange!