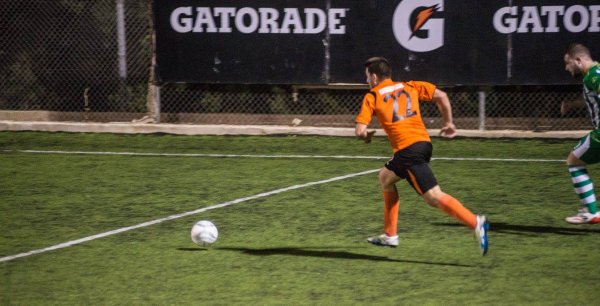 The Orange braved the windy conditions at Siggiewi to demolish the yellows 4-0. Nicky Schembri scored after only 32 seconds when a cross from the right was met by the striker who duly shot from close range. Consequently, Swieqi's confidence grew and the Northerners dominated proceedings going close on several occasions before the same Schembri made it 2-0 with a header right before half time after an excellent cross by Mark Martin.

The second half was very similar to the first with Swieqi dominating proceedings. Mark Martin was duly rewarded for his hard work when he made it 3-0 after a brilliant sole effort before Nicky Schembri grabbed his hat trick after tucking the ball neatly past the keeper. The Orange could have made it 5-0 but Daniel Camilleri's effort hit the post. Swieqi now progress to the Second Round of the Knock Out.