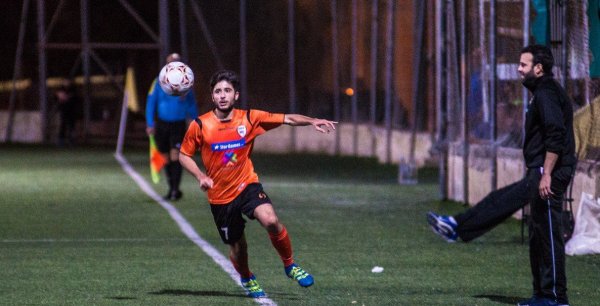 Luqa St. Andrew's fought back from two goals down to draw against the Orange at Santa Lucija last night. Swieqi got off to the perfect start with a fine goal from Nicky Schembri after Swieqi had wasted many chances in front of goal. Shortly before half-time, the orange doubled their lead when the linesman awarded a dubious penalty on Mark Martin. Benji Frendo calmly slotted the ball into the back of the net.
Luqa came out all guns blazing in the second half. Swieqi could have made it 3-0 when they missed several opportunities but the Southerners pulled one back via a penalty and 20 minutes before the end of full time made it 2-2 with a strike from close range after some confusion in the box. Luca Borg, Mark Martin and Nicky Schembri were forced off the field of play due to injuries and despite the instability, the Orange kept searching for the goal which unfortunately did not arrive. Daniel Camilleri also made his full debut for the Orange.