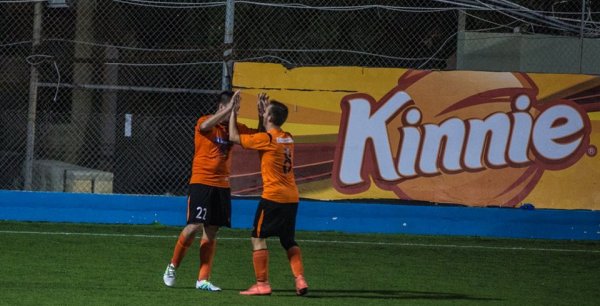 The Swieqi United IASC team, primarily composed of U/19s players, turned their fortunes around to come away with a 3-0 victory in their second competitive Second Division match, where they faced Rovers United on a Sunday morning.

Swieqi’s quick passing combinations were too much for the opponents, who won their first match, to handle and the team was 2-0 up within just five minutes. On three minutes, Andrew Tortell won the ball in the attacking third, stormed down the left flank and put in an inch-perfect driven cross for Ben Zahra to tap home. Just two minutes later, Kai Mizzi played the clinical Ben Zahra through on goal, whose sublime volley found the back of the net.

Swieqi were dominant throughout, with a lot of energy and some excellent passing combinations helping the youngsters to retain a lot of possession. The lead was tripled five minutes into the second half, when John Saliba’s through ball down the right wing was met by the overlapping Dylan Gouder, whose cross ricocheted off a defender before Andrew Tortell turned and powered an effort into the roof of the net.

The next IASC league match will take place on Sunday, 30th October at 11:00 at Sta. Lucia Ground, where the Owls take on Safi AFC.