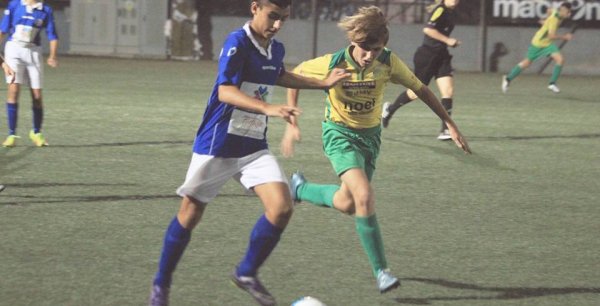 On Thursday night, Swieqi U17s faced Zebbug in a decider to determine whether this season they will play in Section B or C.  The game kicked off at Mosta Ground, with both teams being careful to not concede the first goal.

The first twenty minutes of the game included actions from both teams, however it was Zebbug who took the lead.  Towards the end of the first half, Swieqi deservingly were awarded a penalty, after multiple attempts on target.  Leo got the draw from the spot, with a well taken penalty.  The first half ended up 1-1, as both teams headed to the dressing rooms.

The second half kicked off as the first.  Fifteen minutes Zebbug took the lead.  Swieqi did their best to get the draw, however the goal could not arrive.  Towards the end of the second half, Andy left the pitch injured after picking up a knock.  The game finished 2-1.  Swieqi who proved to be the better team in the previous two games of the group stage, will now play in Section C.

Swieqi play their next game on Sunday vs St Andrews at 14:45 at Luxol Ground.