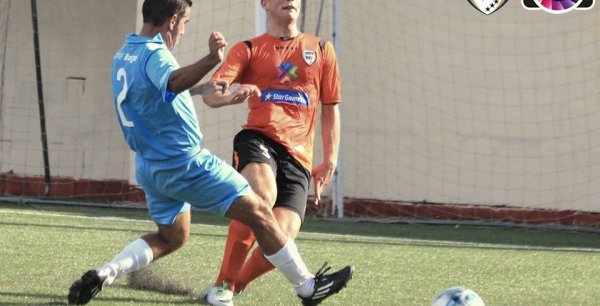 Sunday's game could have been aptly classified as a 'game of two halves'. Swieqi United stormed to a 2-1 lead only to collapse in the second period of play.
St. George's opened the scoring mid way through the first half but Swieqi United responded with a powerful Kenneth Ekezie header after a good cross from Patrick Briscoe White. Shortly after, Nicky Schembri's first timed shot found its way past Blues goalkeeper Luke Pace to make it 2-1.
In the second half, St. George's equalised immediately with a first timed shot from a corner and made it 3-2 when some loose marking and a cross found St. George's Anthony Chike Eze unmarked. The same Eze then made it 4-2 to complete the comeback and end a disappointing day for the Orange.
Formation: S. Bartolo, K. Muscat, B. Frendo, A. Gatt, P. B. White, K. Ekezie, B. Menezes, N. Schembri, D. Gouder, R. Taliana, M. Martin