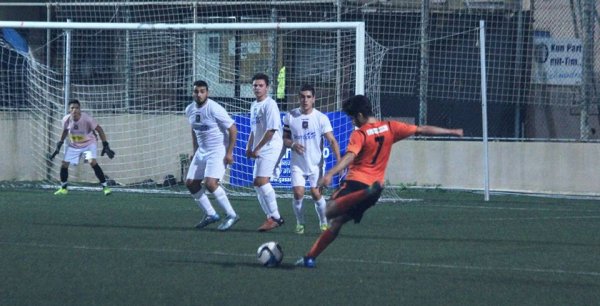 Buoyed by their recent positive performances, Swieqi's 19s entered into this match against Gzira confident but weary of facing a very strong team.

The match certainly lived up to its billing as being a classic encounter with both sides putting on a fantastic performance for all spectators at the ground. Indeed, it was end-to-end stuff from both teams and the quality throughout the 90' never slackened.

The Orange continued to attack and go forward though Gzira also presented a formidable threat up front and both sides ended up cancelling eachother out at the break.

The second period was all Swieqi. First, Benji Frendo's header rattled the crossbar then Swieqi went close through Jon David Ferry. Gzira's goalkeeper began to pull off some miraculous saves but thankfully, Swieqi's crucial goal came on 83 minutes when Kyle Muscat's powerful drive ensured the Gzira keeper had no chance. The Swieqi bench was sent into raptures when Nicky Schembri clinically made it 3-1 with a well taken goal before Mark Martin rounded it off to make it 4-1.

A truly fantastic performance by our 19s and well done to the coaches Rodney and Gilbert!