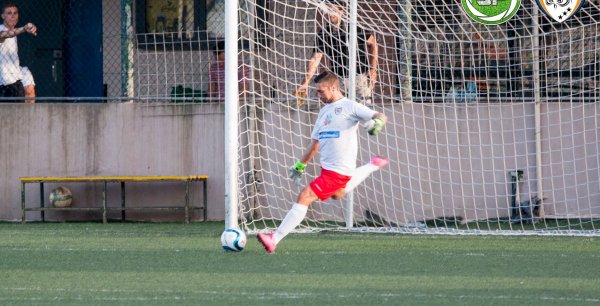 In a clash between the two 'Uniteds', it was the Orange army that managed to win the game thanks to goals by Bruno Menezes and Roderick Taliana. The encounter was balanced throughout the first half with both Gudja and Swieqi equally threatening on the counter. The game seemed to be heading towards a half-time stalemate when Bruno Menezes scored on 43 minutes with a good low drive past the goalkeeper.
Gudja's captain was shortly sent-off for dissent reducing the Southerners to ten men. Shortly after the break, Swieqi made it 2-0. A great cross from the left was met by Roderick Taliana whose first time shot found the roof of the net. The Orange then made sure the game was won when they defended astutely and solidified the midfield area. A second win on the trot for Billy Mock's boys!
Formation: S.Bartolo, D. Grech, G. Refalo, A. Gatt, K. Muscat, K. Ekezie, P. B. White, B. Menezes, N. Schembri, R. Taliana, S. Gatt Baldacchino